You last purchased this product on

Loading image...
List price was $129.99 our price $119.99 1 at this price
List Price: $129.99
Our Price:
$119.99
Add to Cart for Special Price
SHIPS FREE Orders must have $49 of Free Shipping products to qualify for shipping discount. Additional charges for Non Free Shipping products, products shipping to remote locations, HazMat products, and large or heavy items still apply. See Details
One Time Offer
One Time Offers represent special one-time purchases where MidwayUSA has negotiated a reduced price and then passed the savings on to the Customer. One Time Offers have limited quantities available and usually once they are sold out, they are not offered again.

Made in USA
Length: 16 Inches

This AR-STONER 300 AAC Blackout Barrel is an excellent choice for upgrading the AR platform with a more potent, versatile cartridge while maintaining one of the AR's key advantages: high ammunition capacity. The 300 AAC Blackout squeezes 30 caliber firepower into the traditional AR-15 envelope, and is available in either subsonic or supersonic ammunition varieties to serve a multitude of purposes. All that is needed to harness the enhanced performance of the 300 Blackout is a simple barrel swap; the bolt, carrier, magazine and all other components remain the same as those used in a traditional 223 Rem/5.56 NATO rifle.
This 16" Chrome Molly Vanadium Steel Barrel features a Heavyweight external contour and 5/8"-24 threaded muzzle for easy installation of your preferred flash hider, muzzle brake and/or sound suppressor. The barrel's Carbine Length Gas Port position offers the best compromise for most shooters since it is compatible with the majority of supersonic and subsonic ammunition in suppressed or unsuppressed rifles. Cycling issues can occur when shooting some subsonic ammunition without a sound suppressor in place due to a lack of gas port pressure. Barrel extension and locator pin are both included and factory installed. 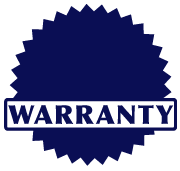 Made In United States of America

Was the information on this page helpful?

Customer Q&A are not compatible with your browser.

Product Reviews are not compatible with your browser.

NOTE: Prices, specifications and availability are subject to change without notice. We reserve the right to correct typographic, photographic and/or descriptive errors.